So, at some point, I got a little scared of my weight and decided it was time to put an end to that chapter of my life. First, I saw this horrific Christmas photo. Then, I had a "scare" at the doctor's office where my doctor said I needed to really watch it over the next few years because my blood sugar was starting to creep up. My grandma was an insulin-dependent diabetic, so I wasn't going to mess around with news like this. I didn't go to Weight Watchers, join Jenny Craig, or buy any fancy meals. I also did not join a gym, get a personal trainer, or starve myself and just eat veggies or soup all the time. And, it worked!

So, here is the before and after picture from 2010. All total, I lost right at 100 pounds and went from a size 22 (XXL) to a size 8! Let me tell you how different my life is now that I don't have to shop in the plus size clothing department. A funny fact, though... I am addicted to Goodwill shopping now. I just can't pay full price for clothes anymore. :)

So, I have had so many people ask for my "secret" diet. I decided perhaps it was time to write a note to detail my weight loss journey in case any of you are looking for something you can LIVE WITH that allows you to lose weight and LIKE yourself!

Initially, I knew I wasn't really much of an exercise girl, but my doctor said that diet would not be enough and I would need to exercise, too. So, I sucked it up and decided--based on her advice--to limit my calories to 1500 a day and exercise at least 30 minutes a day.

My initial exercise method (for the first three months) was simply using my Nintendo Wii video game. We had a few games: NOTE--the first two utilize resistance bands and a leg band that holds the nunchuck

So, I used mostly those games... and others that didn't track calories later in the process, like Just Dance.

I recorded what I ate...and recorded the CALORIES and the CARBS for the items. I didn't look at fat. Honestly, I am not a big raw veggie or lettuce fan... I do not eat salads! But, I like traditional "home" veggies, like peas, corn, green beans, lima beans, carrots as long as they are cooked. And, I do enjoy meat! I had to watch portions especially.

When I was pregnant with Sierra and had gestational diabetes, that diet seemed to cause me to lose weight so I modeled from that. My carb/calorie counts were essentially this: (those carbs are MAX)

The calories are rough estimates. The carbs I was pretty religious about. And, I pretty much waited at least 2-3 hours between portions and never went 4 hours without eating, except at bedtime. That's supposed to help your metabolism.

I would follow this model for about 4 days. Then, on day 5, I would pretty much eat what I wanted... go out for pasta, eat some yummy rolls, maybe even have dessert.. :) The calorie jump, I am told, actually HELPS. It apparently helps your body not get "stuck" in one zone. On those days, I'd try to work out twice, though... but that was my guilt. :)

After about 6 or 7 months, I quit recording every calorie and started to trust that I wouldn't lie to myself. This isn't a diet, though, in my mind. It is a lifestyle change. I decided that (other than exception times, like some times during summer... vacations, trips, and some summer fun) it is just the way I am going to operate. If I start to gain, I will go straight back to logging. 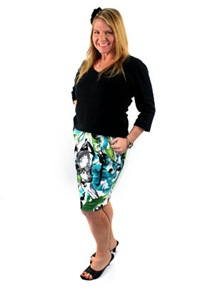 The method to my madness is that I don't do without. Once or twice a week, I will eat what I want, sweets included. I think you can manage if you do that. And, if you are sticking to a strict regimen the rest of the days, I think it actually helps the process.

In the fall of 2010, I started running...real running.I tried it in the spring a little bit... was so slow. I mean, one mile was over 13 minutes. It was pitiful. But, it was a start and it wasn't on the couch, right? My plan for the fall 2010 was to continue the cardio/running, hopefully run (actually run the whole time) a 5K in late August, and maybe put more emphasis on strength training/weights a few times a week. And, I did it!

But, if I can do it, you can, too! I will say that the first few weeks were the hardest. I am told that it takes 10 days consecutively to make something a habit... when I started, I got up at 5:15 AM and worked out every morning... for that month, I did not cheat with any sweets--no candy bars, cakes, etc. I wanted to be sure I could commit. And, there were some weeks that I didn't lose anything. But, I did stick it out.

So, if any of you are wanting to lose weight my advice is to find something you can LIVE with and stick to it hard. WRITE DOWN what you eat. Good luck, and God bless! 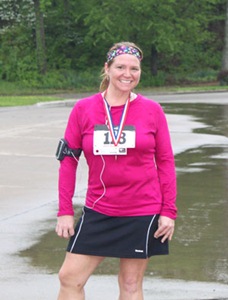 2010 Update: I did complete four 5ks this year... ran them all completely! And, my last one was under 25 minutes! As of late November, I purchased a few new Wii games--EA Sports Active 2 and EA Sports NFL Training Camp. Both utilize straps that come with the games-- a heartrate monitor arm strap and a leg strap. So, for the most part on the EASA2 game, you don't use the remote and for the NFL game, you don't use it on exercises (which is awesome because I can use free weights... and I am up to 15 pounds on each side!). I highly recommend these games. They are a great workout, especially if you build your own with a pacing you enjoy. I did an online review at YouTube of the NFL game if you want to check it out--click here.Right now (Jan. 2011) my daily regiment is that about four days a week I work out twice a day. I like to do 15-20 minutes on the treadmill alternating between running and walking (if I want to walk, I just put it on a big incline... typically I walk on an incline of 7 and a speed of 4.5) about 3-4 times a week, the new EA games about 5 times a week or so, and some of my dance games, including Gold's Gym Dance (which tracks calories). I like to switch it up. When I am doing the EA NFL game, I like to build a workout that is almost all just conditioning/running and the drills and then on alternating days, I do something the tones, like more abs/arms/weights work. I am really enjoying the weights right now and seeing my body look more toned! As for eating, I am doing better about keeping to the program without recording things. Though the holidays found me eating a few things not on the list, I did manage to maintain my weight through the holidays and not gain (and that never happens). And, remember, this isn't a DIET. It's a change in what you do and how you do it. So, eating cake isn't cheating; it's just a decision for that day. Don't ever feel like you lost the battle because you decided to have some wonderful fried fish at Long John's Silvers... I do that every now and then. Just don't make a habit of it. But, reward yourself at least once weekly with your favorite meal. And, find better options for things you want more frequently. I have learned that I can get my sweet tooth with the little bitty (sell for around $1.39) ice cream cups at the store that are 170 calories rather than going to Dairy Queen and eating something that would be 700 calories of ice cream!

If you want to model after what I've done, I would suggest to you to really stick to the program for the first few months. Try to avoid sugar and sweets and fried foods completely in the beginning--and don't eat anything that you can't figure calories/carbs for (I avoided all birthday cake at work those first two months and stuck to my 100 calorie packs). Once you change your "bad eating" habits and your emotional eating or eating just to eat, you will officially be able to kick the cravings (and eat what you want from time to time without it hurting the program). But, you have to make yourself for a few months--make yourself eat at least every three hours, plan your food out in advance, and write it all down. And, don't discount the exercise, even if it's just standing up and hopping, jogging, or walking in place while you watch your favorite TV show. You can make time to exercise every day. Get your heart rate up daily! I keep an exercise log (bought a calendar at the Dollar Tree) and write down every time I exercise. It feels great to see all those numbers. And, I write my weight down every Saturday. I didn't own scales before I started trying to lose weight and now I weigh all the time. It's important. I lived in denial for years since I only saw my weight once a year at the dr office. 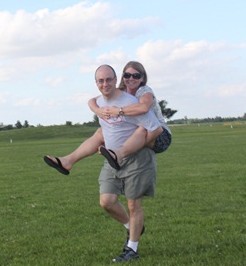 There are so many apps to help you out if you have a smart phone. In the beginning of my running, I used Runkeeper (here's my list..check out those 43,000 calories burned!) for a while and then I got a Garmin GPS and I post it to their page and my personal Facebook. And, I have MapMyWalk on my iPhone now that I use when I go on a walk someplace and don't suit up for the GPS heart monitor. I think monitoring your heart rate and proving to yourself you are working hard is a super way to stay motivated! I love seeing all those calories on the computer, too! And, I'll admit, recently I joined the club and downloaded the Calorie Count app to track food. I think that sometimes it's just good to check yourself.

As for 2012... it's been a good year. I ran my first 10k race and I am going to do a half marathon in October. I continue to exercise every day, but I've had to bring my calories down some compared to the weight loss year to keep my weight in check. And, I still have to have my ice cream every now and then. :) My family and I are very active now. My husband and I are cycling together (my longest ride is 60 miles!) and we do walks, hikes, and lots of outdoor fun as a family!

Want to hear my rants and raves about life, fitness, and school? Come take a look at the blog...